Are we going soft on errors? Part 1 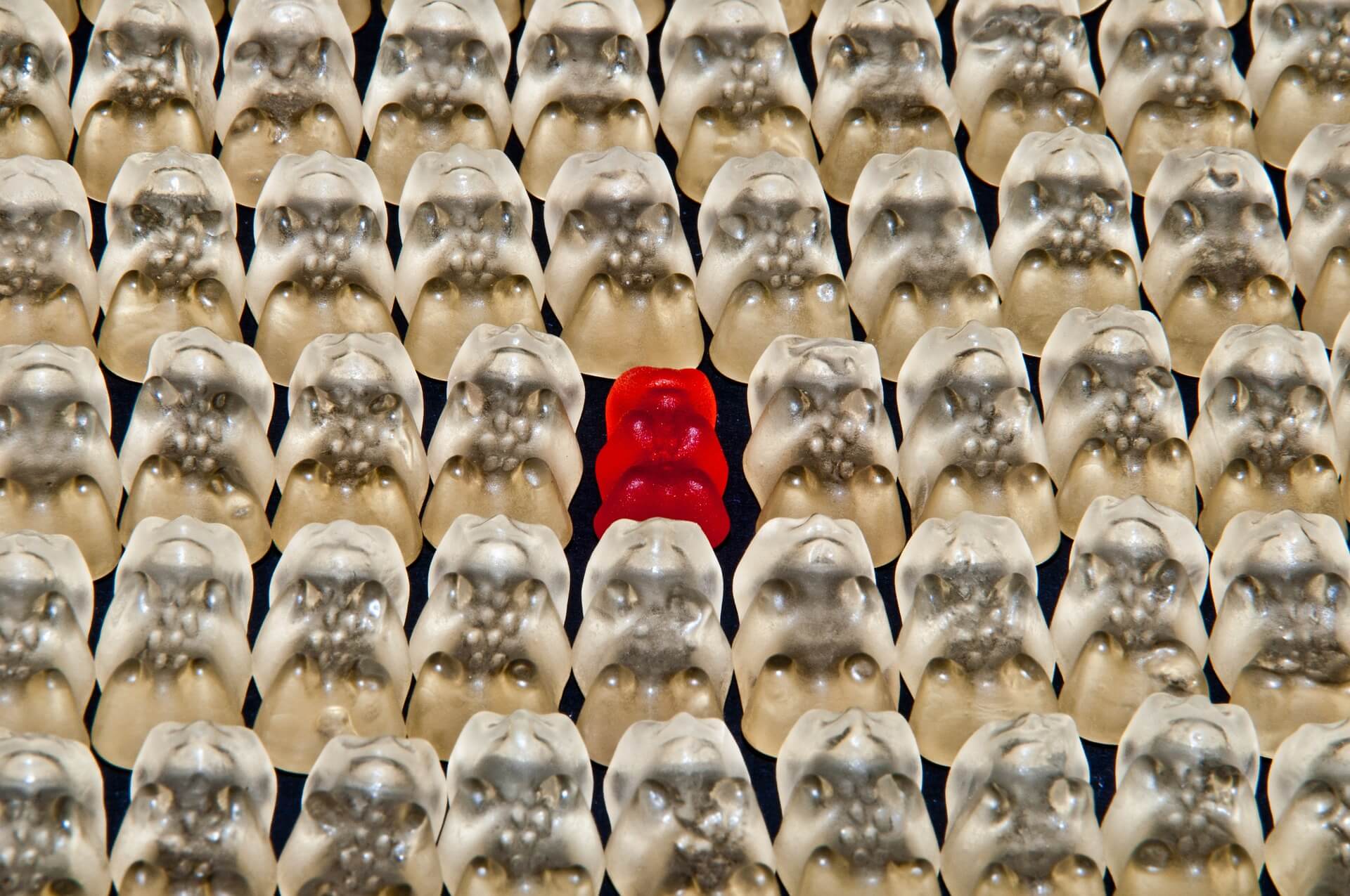 Soft errors are well known in the informatics as special form of errors, which could cause an unexpected and unintentional state of a logic circuit or data memory. Other than errors caused by defects in the hardware which permanently change the system, only temporary changes in status are caused by soft errors, so called single event upsets. If the wrong data is not corrected, the reliability of the system could be affected. Soft errors are induced by energetic ion strikes and are non-destructive.

The soft errors can be induced by: 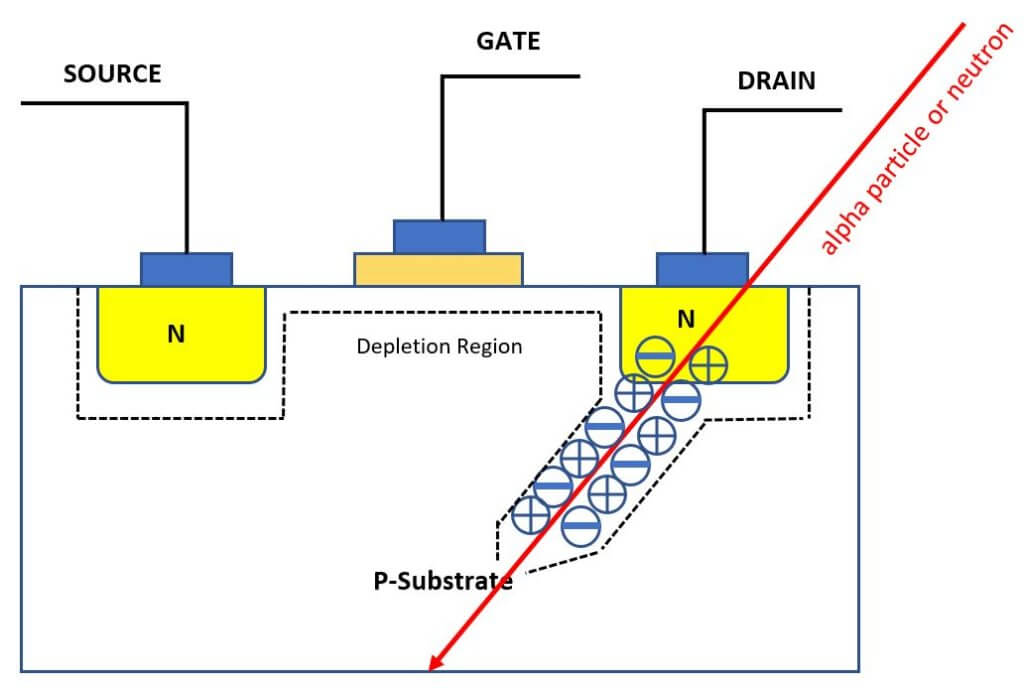 As shown in the picture above, each fast-charged particle (alpha or neutron – a neutron is a neutral particle but it can induce charged particles (secondary particles)) which is present in the environment (material or space) can produce an ionization track in the substrate or silicon which they pass, inducing electron-hole pairs. The transported charges induce a parasitic transient current which could cause disturbances in an item. The effect is a transient pulse in logic circuitry or a bit flip in memories like SRAM. Transient soft errors are non-destructive (at low voltage applications) and can occur in analogue, digital or optical components.

SRAMs are very susceptible to soft errors, due to the fact that each cell consists of 6 transistors and constant downscaling of SRAM cells to increase the density, which make it easier for radiation and charged particles to disrupt the values of the cells. A soft error at SRAM can induce a current spike that flips a bit and change the information in a memory component (Hardware data corruption). Furthermore, the operation of a system can be affected.

But not all failures occur in memory components. Any transistor in an integrated circuit, can fail due to radiation, also in combinational logic circuits. The effect is a wrong output status.

Using smaller technology makes it easier for soft errors to disrupt switching states in combinational logics or remembered values in storage elements. The continuously increasing of density at integrated circuits (actually with billions of transistors integrated), causes that a fewer number of electrons are available to distinguish between a logical “0” or a “1” value. This increases the vulnerability of components to soft errors.

Even if the soft error may seem as a random event, a predictable average occurrence of soft errors can be estimated by different methods. The frequency of the soft errors is defined as Soft Error Rate (SER). The test procedures to determine a product’s SER are defined in Jedec standard JESD89A.

The impact of the cosmic rays on the soft error rate varies with the different altitude and inclination. The energy flux of neutrons in an aircraft is several hundred times higher than at sea level, as well as the exposure to the cosmic particles is higher at polar orbits.

First findings about soft errors caused by alpha particles present in integrated circuit packaging materials, were reported in year 1979 in semiconductor industry, observed in bipolar flip-flops. The issues with soft errors are well known in the Space Industry since many years, due to soft error effects caused by high-energy galactic cosmic rays. But also, in Medical Engineering & Automotive Industry, the engineering teams are dealing with the soft errors before and during the design phase of a product.

In the 2nd part of this blog series I will focus on “Soft Errors in Medical & Automotive Industry” and the challenges engineering teams need to face. To read the article click here.

Do you want to learn more about the implementation of IEC 60601, IEC 62304, ISO 14971 or any other standard in the Automotive or Medical Device sector? We work remotely with you. Please contact us at info@lorit-consultancy.com for bespoke consultancy or join one of our upcoming online courses.