Hardware – The Other Cybersecurity Challenge 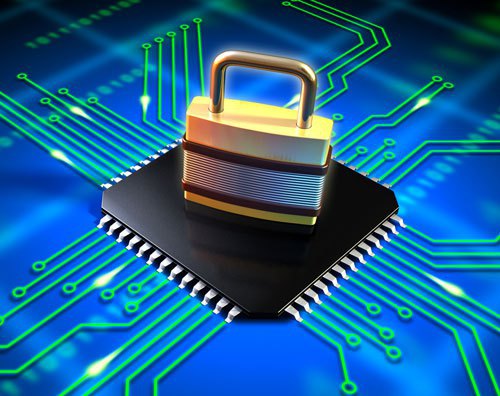 So what techniques can be used for reducing hardware cyber security risks?

Sensible EMC screening of circuitry should follow industry standard EMC guidelines [3]. This cannot eliminate every threat, but will reduce the probability of vulnerability.

As is the case in the world of functional safety and as defined in ISO 26262 [4], graceful degradation of functionality can be implemented, such that each item that fails in the network due to HEMP will not impact the remainder of the network and shall switch in a controlled manner into a safe or inactive state.

Two methods that are potential mitigations are side-channel analysis and trojan activation.

Using two different chips from different fabs that check and compare the same feature is also a technique for detecting trojans.

Cryptographic Interfaces – Most microcontroller manufacturers use techniques to reduce the likelihood of the microcontroller being compromised through the standard interfaces. These generally take the form of hardware security circuitry and are based on cryptographic modules. One major concern in this type of circuit is the possibility of hardware trojans being built into the circuit, in such a case the security of the chip could be compromised.

Over & Undervoltage Protection – Detection and protection against over and under voltage can be relatively simply implemented in circuits. If a power supply moves outside the specified operational region the circuitry should cease to operate e.g. switch to a reset state. Protection circuitry should prevent destruction of the main circuitry e.g. microcontroller wherever possible. If a device is deliberately overstressed in the search for vulnerabilities, then the device should fail such that no key information can be extracted following the attack.

Mechanical Measures – Using bespoke interfaces and connectors will not prevent a hacker gaining access to the interface, but they can hinder progress or deter the less motivated of hackers.

The complexity of cyber security in the automotive sector demands a rigid systems engineering approach, and hardware security must be considered early in product life cycles. A hardware-enhanced security approach is critical, as new and ever greater security threats evolve.

Secure your place on one of our upcoming training courses.

Get in touch to discuss your specific requirements and see how we can help. Contact us.

We use cookies to ensure that we give you the best experience on our website. If you continue to use this site we will assume that you are happy with it.OkPrivacy policy